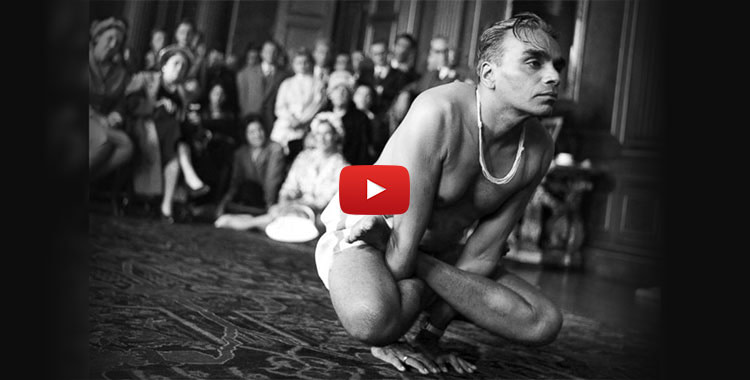 Before the current celebrity yogi focus that has been so much in the media recently, there was Bellur Krishnamachar Sundararaja Iyengar, or B.K.S. Iyengar—a holy man, creator of Iyengar yoga, author of many yoga and spirituality tomes including “Light on Yoga,” and one of the most esteemed and well-loved yoga teachers in the world.
In this video, Iyengar, a man in his 60s and fondly called “Guruji,” demonstrates and expresses his purest intentions in the form of asana, with nothing but the floor, space, gravity, and himself as tools.
Many of us weren’t around or into yoga early enough to witness how Guruji himself practiced, so this barebones, unembellished rendering of long, single takes of the yoga guru during his moving meditation is both a privilege and delight to see.
Credit: prafalko on YouTube